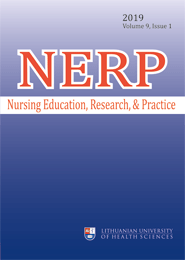 Healthy Behaviour and Psychological Well-Being in Young Adult Belarusian Men: How Much the Realization of Personal Goals in Life Matters?

Background. Since the braking down from the Soviet Union, there has been an unnatural population decrease in Belarus. At present, life expectancy of men is 10–12 years lower than in women.
The aim of this study was to investigate the healthy behaviour and psychological well-being of young adult Belarusian men in association with the subjective estimation of the possibility to realise personal goals in life.
Methods. An anonymous cross-sectional survey design was employed. The study was conducted in 2016 with a randomised sample of men aged 18–30 (n = 895). The sample was representative of the national distribution of adult men (18–30 years) by place of residence. The methods of descriptive statistics, criterion χ² and the Mann-Whitney criterion were used for data analysis.
Results. The majority of young adult men were brought up in full families, in an atmosphere of love and understanding or respect and benevolence. Despite these, more that 60% of the respondents ever experienced depressive mood, and about 17% did not deny suicidal thoughts. The unhealthy behaviour, low psychological well-being and the smallest proportion (57.7%) of positive estimation of the possibility to realise life goals were more prevalent among rural male inhabitants. Respondents who reported the most favourable behaviour in relation to their own health were of average age, having higher education, officially married, mostly urban, raised more frequently in a full parental family, and in an atmosphere of love and understanding. These young adult Belarusian men also assessed better their personal psychological health and were more positive towards the possibilities to realise personal life goals.
Conclusions. The social portrait of a man with the best characteristics of health saving is of special interest: such a man is an implementer and bearer of the culture of vital behaviour, and it is precisely on him that social marketing programmes aimed at formation of a healthy lifestyle among young people should be oriented. Considering the fact that health, family, love and children hold the first positions among the life values of young men, there is a potential for development of social culture of health saving.

How do Women Leaving Prison in Australia Manage Their Health? An Integrative Literature Review

Healthy Behaviour and Psychological Well-Being in Young Adult Belarusian Men: How Much the Realization of Personal Goals in Life Matters?