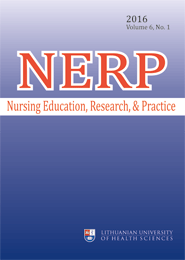 The aim of the study was to evaluate associations between nurses’ job satisfaction and organisational culture in nursing and supportive treatment units.

Methods. A descriptive, cross-sectional, correlative design was applied in this study.

Conclusions. The majority of the nurses were satisfied with their job, especially with the nature of work and supervision style. The study did not reveal one predominant organisational culture type; however, statistically significantly more often the respondents claimed that clan culture was prevalent in comparison with hierarchy type culture. A correlation between clan organisational culture and satisfaction with relations with co-workers was determined.

Quality of Life of Infertile Men and Women